100 years ago, women gained the right to vote in the United States. As we celebrate this momentous event, we are honoring an artist who was also born 100 years ago and made an impact on the art scene here in our hometown, nationally and internally. Dorothy Gillespie, 1920-2012, supported our fledgling idea of starting a feminist literary and art journal by donating a beautiful pastel for our very first cover. The energy she brought to our journal and our hometown was contagious and along with the journal, the idea was born to create the very first mural in our downtown.

Gillespie, born in Roanoke Virginia, declared early her intention to become an artist. Ms. Gillespie’s career spanned seven decades, and she was always in the forefront of the American Art movement. Ms. Gillespie’s works have graced many institutions, museums, colleges, universities and public places. She was one of the first artist to offer her art to the world through displays in the lobbies of public institutions and governmental centers such as the Mayo Clinic, Epcot Center Warren Wilson College, Fort Lauderdale Airport-Delta Terminal, Thalian Hall Center for the Performing Arts, Center-in-the-Square, Downtown Mural, Roanoke, Virginia. 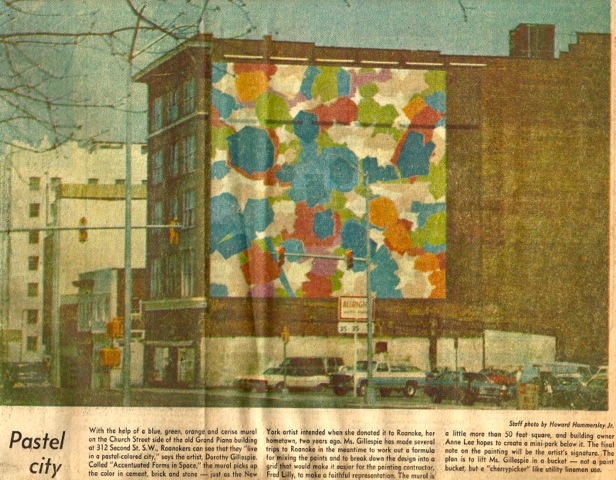 In 1977, I was introduced to Dorothy by a fellow artist, Lyn Yeatts. From that fortunate introduction I found myself traveling up to New York City to visit Dorothy at her downtown studio. I had a great time revisiting New York City, I had lived there after graduating from college for a couple of years  and picking out the image with Dorothy that would grace our first Artemis cover.

This year’s 2020 Artemis cover will honor Dorothy with one of her images and collaborate with the Roanoke Taubman Museum of Art with a retrospective of Ms. Gillespie’s work, “Celestial Centennnial: The Art and Legacy of Dorothy Gillespie,” Saturday, April 4- July 26, 2020.

Early in her career, Gillespie contributed to the women’s art movement through her work at Artist in Residence, Women’s Interart Center, New York, NY 1972 and her lecture series at the New School for Social Research, New York, NY 1977.
Gillespie is the subject of numerous reviews, critical essays, film and radio interviews and a book Dorothy Gillespie published by the Radford University Foundation Press. 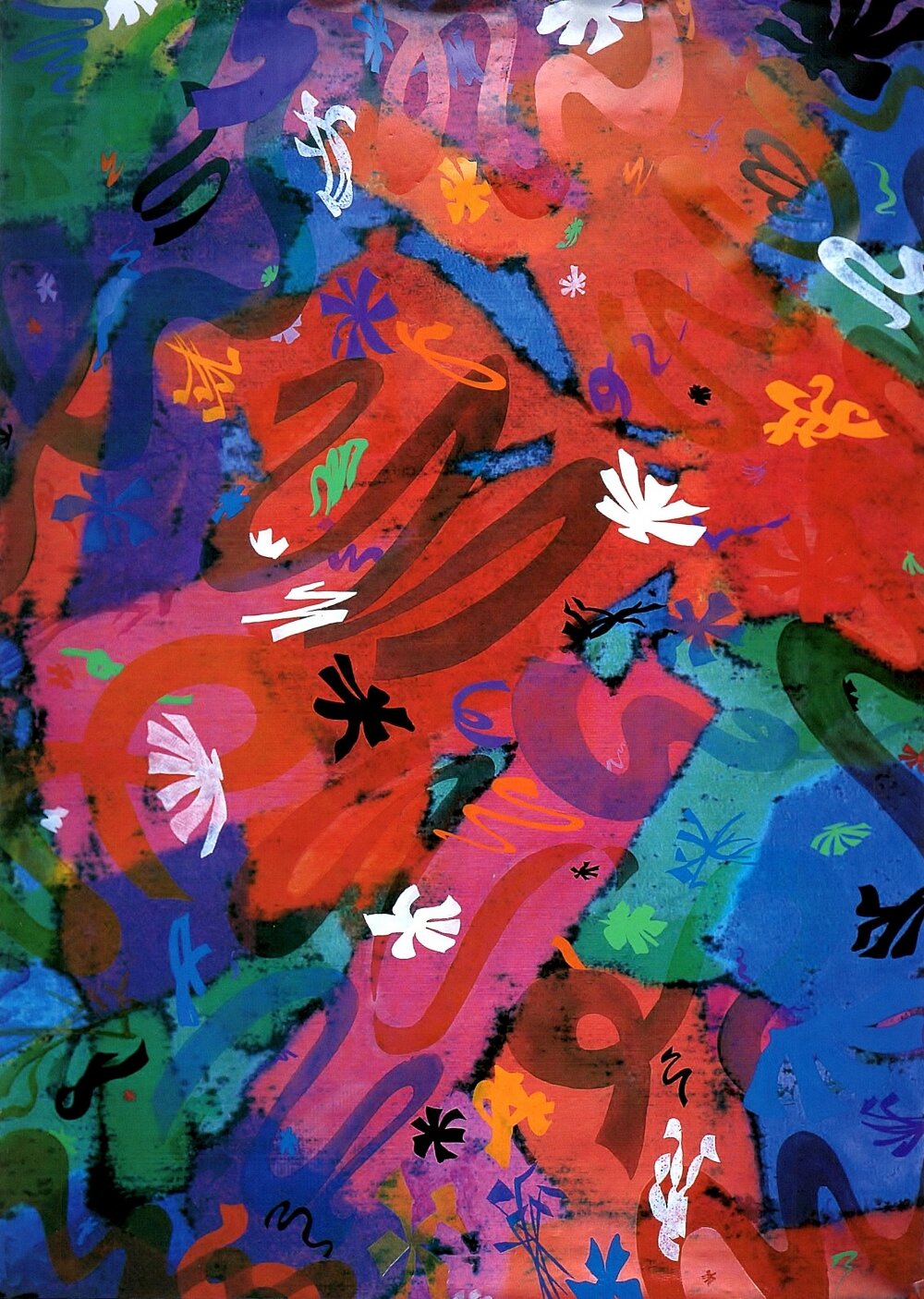 One of our favorite artists, Freda Kahlo